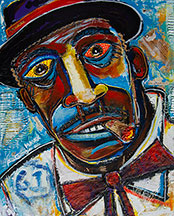 Acrylic and Collage on Canvas 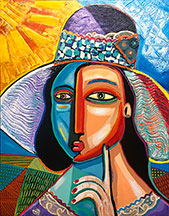 Acrylic and Collage on Canvas

Please note:  This is NOT a gallery, offices only.

Just east of Highland near the University of Memphis

Art Buyers interested in original art or higher priced collectors prints are encouraged to visit the LongRiver Gallery at Midtown Framer & Art 1523 Union Avenue in Memphis.  We also keep a good selection of lithographs, serigraphs and giclee pigment prints at that location.

Appointments are NOT required, but if you would like to make an appointment to visit the gallery and get more insight into Rob Gonzo's work, CALL  DAVID:  901.335.8841   9am - 8pm  Central Time